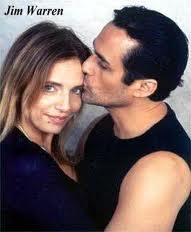 I tend to go through phases when I'm writing. I see a movie, I fall in lust with an actor's looks, in love with his performance and the better the acting the more likely the romance is going to last for awhile. Some take up permanent residence: Maurice Benard is an example. But he takes up residence for a myriad of reasons. It's not just just his dark good looks it's his openness and activism when it comes to his battle with BiPolar Disorder which allowed me to see it in myself and to seek professional help for it. Yes Maurice is special and I plan on sending him a copy of my first print book if only to say thank you in a way to make myself happy and to show him it wasn't a joke when I approached him about an audio version of Another Way To Die. 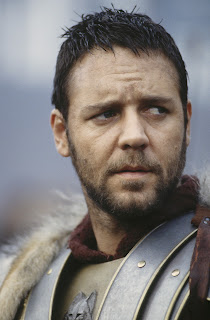 Then there's Russell Crowe, I loved his GLADIATOR, not to be confused with my Gladiator Chronicles book 1, GLADIATOR and the Insider was awesome, as was A Beautiful Mind. And Cinderella Man. He was brilliant in all four movies. He hates PR, and really who can blame him. It's boring, it's invasive and it's hard to deal with, which is why a fan like me is probably the last person he wants to deal with. But as someone who deals with BiPolar Disorder on a daily basis both of these actors have had a profound effect on me.

There are other actors whose work has affected me in other ways. George Clooney is the ultimate good guy in my book. My best friend and I bonded over his films From Dusk Till Dawn and One Fine Day along with the Nurse's Ball episode of General Hospital (that's Maurice again LOL). Missy absolutely loves George and when I penned the letter to him I didn't exactly think he was going to write her back. But when he did she framed it and now it's a grab in case of fire. I'm thinking, grab the extended hard drive and cat lol.

But currently my true love model for my stories is of course Daniel Craig. The hair, the eyes, the broad shoulders. The narrow hips. The acting chops. His Jake Lonergan is the ultimate silent savage. Since...well 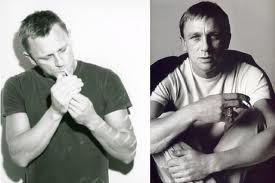 since Maximus. Honestly I'd love to meet Daniel Craig and tell him how his work has affected me profoundly and led to 4 writing contracts and that I'm waiting to hear back on the second book in a series and that the book I'm working on now could have a contract, a PRINT contract attached to it.

But I'm pretty sure it would be Katie bar the door if I was anywhere near him. LOL. I think of Jamie Fox's story about when he first met Denzel. Of what a fan moment it was. And then of how when he made Ray Denzel gave him props. That's the kind of moment I want with any of my heroes. Well, I can dream right?
Posted by Unknown at 3:50 AM

HI KATE! MARRIED MINE AND STILL TOGETHER AFTER 40 YEARS!