Evolution: Gerald Stuart as A Hero

Gerald Stuart hasn't always been a heroic character. He used to be a murderous son of a bitch. And while he still rules his organization with an iron fist, his love for Isabelle Ramone and his children redeems even the darkest corners of his soul. 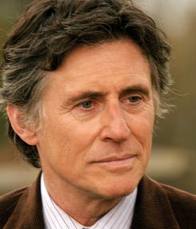 He was once a faceless character who exsisted only to haunt Ariel and Adriana. Then he morphed into this man. A man who fiercely loved Isabelle in secret. Yeah. I know. Melodramatic right. I make no apologies because every step you to take brings you to where you are now. But Gerald as I know him now is much more interesting now than he was fourteen years ago.

I wish I could say Gerald is this complicated and complex character. But basic things drive him. He grew up without a family. Isabelle gives up hers to be with him and gives him one. He is driven to give her the world. His 'best friend' Leo says this makes him weak. 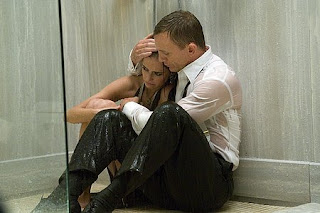 Gerald takes this as a threat. As well as he should. This is the first time I've ever sat down and written Gerald's story down in full. And Isabelle is turning out to have some more innocence to her than initially thought. I know that's Eva Green in the picture there. And that Missy and I have always seen Isabel Adjani as Isabelle Ramone/Stuart. Gerald is the man Izzy was always meant to be with. But how long are they meant to be? I haven't figured that one out yet. Until then enjoy the story.
Chapter Three
“What is it Stuart?” Leo asked breezing into Gerald’s office. “She’s here isn’t she? You’ve got your toehold in that arrogant bastard’s office don’t you?”
“Yes and yes.”
Leo closed the den room’s door. “Then what’s with the dark mood?”
“It’s nothing Leo.”
“We’ve known each other for how long Stuart? We’re not girls but if you can’t trust me by now who can you trust?”
“It’s not something I think you’d understand, besides. I gave my word and I intend on living up to it.”
“Does this have to do with the girl herself? Because if she’s giving you problems I can handle that.”
Gerald waved him off. “No no no. She’s no problem at all. She’s actually very sweet. I don’t want her touched by anyone.”
Leo arched an eyebrow. “Don’t tell me you’re falling for the girl.”
“Shut up Falconeri.”
“She’s been here all of one day.”
“There are things you don’t understand.”
“Again with the secrets thing. I could be insulted you know. But the girl is pretty and I can understand working her for info on her father might create a bit of a conflict for you. I’ll trust you on it. Isabelle is a pretty girl after all.”
“Leo you’re treading on some very thin ice.”
“You’re kidding me right? No girl is worth all that we’ve worked for…is it?”
“Isabelle isn’t part of the business. She’s here expressly for her own protection.”
“Don’t you see how that compromises our goals?”
“I see how it compromises your goals Leo. I’m pretty sure that her sister Kate is still available. You want to mess around with her feel free. But Isabelle is off limits.”
“Fine,” Leo said picking his teeth. “I bet her mommy and daddy were none to happy to have a lowly gangster whisk their pride and joy away like that.”
“No they weren’t. Now could we stop talking about it and move on the real business at hand. Bugeye Wallace has been moving something all week and it ain’t the coffee everyone is so high on these days.”
“Nope it’s not. But that shit is pretty damn tasty. Have you had any? Stuff is smooth like silk. Goes down real nice with a little creamer and sugar-,”
Gerald slammed his fist into the desk, causing everything on top to rattle. “God damn it Leo. I didn’t ask for a review of the front product, I want to know what the hell it is Wallace is moving. And either you tell me and I mean tell me now or I’ll split you forehead wide open myself.”
“Fine. Fine. They’re supplying guns to someone. I’m not sure who exactly. They may even only be the middle man. I’m not too sure yet. I’m going to need a little more time on that.”
Gerald’s face took on a cold glow. “Leo, how long have we known each other?”
“Since we were kids man.”
“And I’ve always been able to count on you, right?”
“Of course. What are you getting’ at Stuart? That you can’t trust me? Careful, I might take that as an insult.”
“Leo, when an upstart, or an established man in our lifestyle starts moving guns what does that tend to mean?”
Leo picked at his teeth again. “It means someone is about to make a move Stuart but it doesn’t mean their about to make a move on us. We’re small fish compared to Wallace.”
“We have Senator Ramone in our back pocket. We’re no longer small fish Falconeri.”
Gerald fell silent. Leo shook his head and said, “Women make you weak. Especially the innocent ones. Watch you’re back Stuart, they’re more dangerous than all of our friends and enemies put together.”
“Get the hell out of here Leo before I show you just how dangerous I can be.”
Leo laughed as he took hold of the doorknob. “If the Ramone women are so fascinating I guess I will go checkout the sister, what’s her name? Kate?”
“Go. Now.” Gerald paused. “Before I shoot you in your back.”
“Et tu Brute? See ya’ ‘round friend. I have a date tonight. But if I hear anything, you can be sure I’ll be right here, as usual, saving your ass, and keeping the cash flowing.”
When Leo walked out the door Gerald hurled his glass at the door causing it to shatter and sending liquor running down the walls. Gerald knew he could trust Leo. He’d depended on him for most of his life. But the man was seriously cracked and had to be handled from time to time. He knew Isabelle was an X factor in all of this. She’d been there all of one night and Leo was already questioning his decisions and keeping things from him. Not only would he have to watch his back with Leo, he would have to watch Isabelle’s as well.
Posted by Unknown at 5:59 AM

Sounds great. My to buy list keeps getting longer