Who or what is killing the seniors on Sunshine Boulevard?  Follow Jim and Gloria Hart, snowbirds who annually migrate to Florida for warm sunshine, fun, and games in snow-free winters. However this season, Jim Hart, a volunteer First Responder in his retirement community of Citrus Ridge, is drawn into the investigation of the mysterious deaths. Even in the midst of the unfortunate demise of the residents on Sunshine Boulevard, the Harts try to enjoy the winter with friends. They don't realize that their friends are getting together for their own kinds of affairs with each other. The neighbors are in a dither over the deaths, but perhaps more intrigued by the gossip about the affairs and why the naked lady was found lying in the geranium bed
Excerpt:
“Jim, Jim!” Gloria threw her keys on the kitchen counter and then stashed her mat and barbells in the hallway closet.
“Jim!” She called louder. He was not in the Florida room. She gingerly stepped from the kitchen to the carport. She darted into the attached shed housing the laundry room with storage in the front and Jim’s workshop in back. She walked through the workshop and out the door to the neat little back yard and found him watering their garden plot.
“Did you hear about George McDonnell?” Gloria shook her auburn hair, compliments of her favorite brand of hair color #118. Her clear blue eyes filled with tears.
“Yes, I heard.” Jim kinked the hose to stop the water flow and dragged it to the faucet on the back of the house. He slowly turned the tap to cut off the stream of water and dropped the hose to the freshly cut grass.
“How sad that he died alone. Oh, Jim, he wasn’t discovered for so long his body just ro...” She couldn’t say it.
“Gloria, come in the house. I have to tell you something. I don’t want the neighbors listening in on this conversation.” Gloria knew her husband of thirty-five years well enough to realize something wasn’t right.
As they stepped into the bright kitchen, Jim turned to her. Looking straight into her eyes, he said, “Royce called this morning. George’s death was peculiar. I guess, that’s what the Medical Examiner is saying.”
Jim was friends with the county M.E., Royce Williams. They worked together on investigations involving the First Responders Unit. Living in a retirement community, the Medical Examiner and medics were frequent visitors. An ambulance at a home was not a significant event at Citrus Ridge. It was part of life and death.
“Royce told us George’s body did not rot. It couldn’t have decomposed that quickly because Miss Lottie checked on him every day when she brought him the mail in the afternoon. She delivered it the day before he died. He was alert and talked about the weather.
“When Lottie called 9-1-1 at one o’clock yesterday, she was so upset she couldn’t even speak. They traced the call to her house. When the police arrived, she only pointed to George’s house.”
Jim stopped a minute. Gloria saw the anguish in his face. “They discovered George sitting in the living room in his recliner. His body was mustard yellow. His clothes were melted to his body. The odor was not a rotting smell, but rather like burning or scorching. In fact the fabric in the chair was charred. Ron was the first responder. He told me when he and the paramedics touched the body, it turned to powder.”
Gloria cried out in disbelief. She covered her face with her hands. “Dear God. What happened, Jim? What could have caused such a thing?”
“Ron arrived at the scene first. You know Ron. Always talking and telling greatstories.” Gloria remembered the usually fun-loving raucous Ron.
“Royce told me there was such a look of horror in Ron’s eyes. He was traumatized by what he saw. Ron told him he moved George’s wrist, and his hand fell making a pile of yellow ashes on the floor.”
“Dear God.” Gloria sat down at the dining room table feeling nauseous.     Jim wiped his eyes. “I don’t know how Ron and Lottie will ever forget this nightmare.”
*****


Character Blog—Jim Hart, Sunshine Boulevard
I didn’t want to be pulled into the investigations of mysterious deaths in our senior community of Citrus Ridge. I’m the captain of the community’s First Responders made up of volunteers in our area. I am called for emergencies to the homes of many of our friends and neighbors.
The death scenes haunt me. I have years behind me as a First Responder and never have I seen or smelled such a body. They are yellow bodies that turn to powder when you touch them. And the homes are filled with a sickening stench from the mummified bodies.
I’m Jim Hart a retiree. My wife and I escape to Florida in the winters to enjoy fun and games with our friends in Citrus Ridge. However, this Florida winter season is not the ideal retirement days we have experienced in the past. Inexplicable deaths are occurring on Sunshine Boulevard, the main road that circles our entire community.
The investigations continue. There are theories of the cause of death, but no one knows who or what is killing the seniors on Sunshine Boulevard.
Please tell our readers where they can find your book and more information about you.
The e-book is available at Muse It Up Publishing Bookstore
http://tinyurl.com/2c53noz and
Amazon.com http://tinyurl.com/4czwr6h as well as at many online booksellers.
J Q Rose Website http://www.jqrose.webs.com
J Q Rose Blog  http://www.jqroseauthor.blogspot.com
You Tube Book Trailer
http://tinyurl.com/64htcx8 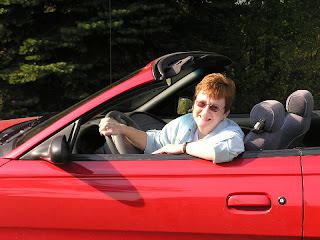 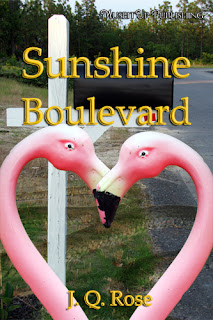 Good morning, Amy--Thanks so much for hosting me today. It's great to be on your creative site!

It's great to have you, thanks for stopping by.

Love, love, love this author and her writing. She is an amazing person and the fact that she can write a books such as Sunshine Blvd never ceases to amaze me. Great job and thanks for hosting this special writer.

Thanks, Karen for your kind words.