What would Christmas be without togetherness with your family and friends. And presents lots and lots of presents. LOL And dinner and travelling and God knows at least one confrontation to go down the pipeline. I got every bit of that and more.

Starting Christmas Eve morning I exchanged gifts with my best friend Missy. I got a matching coffee  and espresso cup, candy, a Black and Decker programmable coffee maker, a Daniel Craig calendar, a special cover of a magazine featuring me and Daniel Craig, Cowboys and Aliens, Romancing the Stone (inside joke), the Road to Perdition, a Daniel Craig travel mug, and a monthly planner. 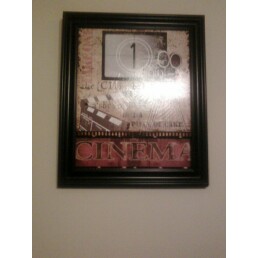 Then on to Mom's house where I received, a NaNoWriMo Messenger Bag, Jack Skellington earmuffs, a Jack Skellington necklace, headphones, an Adele 21 CD,  a beautiful cinema portait , the Peanuts mini figure nativity, pajamas, and the old standby socks and underwear lol.

I proceeded to have an argument with Brandy when she tried to weasel mom's Christmas gift out of her and it got ugly. Then got lectured for two hours by my other sister and mother about what a poor victim my sister was. They think I hate her. But I don't. I just don't want to be around her all the time. We don't exactly travel in the same circles.

I got one hundred dollars from my biological father and a tea lights and candlelight holders from Doris his ex-wife and current girlfriend.

As far as gifts go I had a good Christmas. I'm a happy girl today as I had lunch with Pam today and some coffee afterwards. I still have to write a new story *sigh and imagine some hunky guy as the hero. Such is life. LOL.

I hope everyone had as good a Christmas as I did. And may the closing days of 2011 be as good for you as I hope they will be for me.