A Parade of Heroes 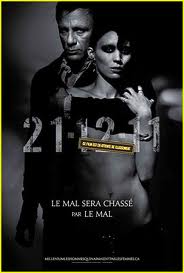 Everyone here knows of my not-so-secret love affair with Daniel Craig. I mean if I imagine it he's the model of many of the heroes in my books and stories. And I like him anyway I can imagine him. As a Bureau agent in #SetFireToTheRain, as an assassin #AnotherWayToDie, as a half-breed human alien in #NoOrdinaryLove, or even as a futuristic #GLADIATOR.
I could post endless pictures of the man and just sigh at the way he smolders. And it seems the darker he is the more I like him. All of my heroes are damaged in some way or another. I like the idea of broken people finding peace with one another. It's a romantic notion. When the reality is we are all broken to some degree by our pasts and it's how we deal with that brokenness that allows us to function in our daily life.
I am at a crossroads of sorts. All of the those stories above are basically book 1 of a series. And choosing a story to write is difficult when all them speak to me at once. I mean even my Ryan Reynolds hero Luke Logan and Ryan Gosling hero want to get in on the action. Honestly, people want to see more and it's a place I've worked hard to get to. Now what? More time with dark, brooding, hunky heroes. *Sigh, as one my commenters said once, sometimes life is so hard ;).
Posted by Unknown at 12:07 PM

You had me at Daniel Craig. Some times I do just post pictures of the man and sigh at the way he smolders. =)

I also like the idea of broken people finding peace with one another. It's why all my heroes are seriously flawed. They're more interesting that way.

Thanks for commenting, if you're looking for Bond/Tattoo kind of hero you should checkout Another Way To Die. If you like Cowboys & Liens then No Ordinary Love might be more your speed. I LUUUURVE Daniel.