Memories Of Movies Past... 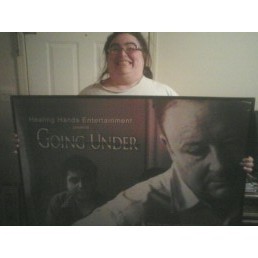 Have you ever wanted to make a movie? Get rich? Win awards? Be known as the next big thing?

If you want to keep your sanity then I'm here to tell you now. Stop. Do not pass go. Do not collect 200 dollars. Go back to whatever your daily life is and just do that. Think writing a book will test your nerve? Well, it does, and it's hard, but nothing and I mean NOTHING will prepare you for what filming a microbudget movie.

Let's start with the script. There is this notion that writing a novel is all about art and a screenplay is just easy pasy money making scheme. Think again.

The writing of a quality script comes with constraints. Unlike a novel you have 90-120 pages to tell your story, especially when you're trying to breakthrough. If you ever breakthrough. Hollywood is an old boy young boy's club and if you're a woman you have to have some real chops or a real high concept to breakthrough. Chops: JK Rowling, Concept: Stephanie Meyers.

Indie is friendlier towards women but if you have a tandem directing team and your partner is a guy lookout for people naturally gravitating towards him. I didn't have that problem I had other problems.

If someone doesn't know their lines at the beginning they're not going to know them at the end and they are going to really fuck up the flow of your movie and make it impossible to edit it in the post production process. Fire them immediately. They will do nothing but cost you what little money you do have and cause you endless headaches.

But, if you are interested in making a movie I have one word of advice. COMMIT. Not halfway but 110%. It will not be easy. The picture is of me holding the promotional poster of Going Under from 2005. The designer of the poster is Paul Reynolds. You can checkout his artwork at Reynolds Originals on Facebook. 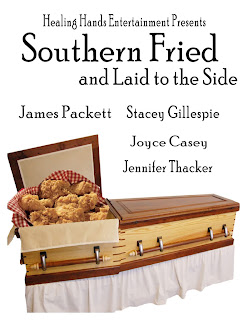 Too Far From Texas was the film I had all the drama on. Going Under was much better. But my best experience was probably Southern Fried and Laid to the Side.
Posted by Unknown at 5:27 AM

The difference between Shakespeare violence and this was that it wasn't displayed graphically which helped the viewer delve into the more important issues about violence and learn their own part in it.